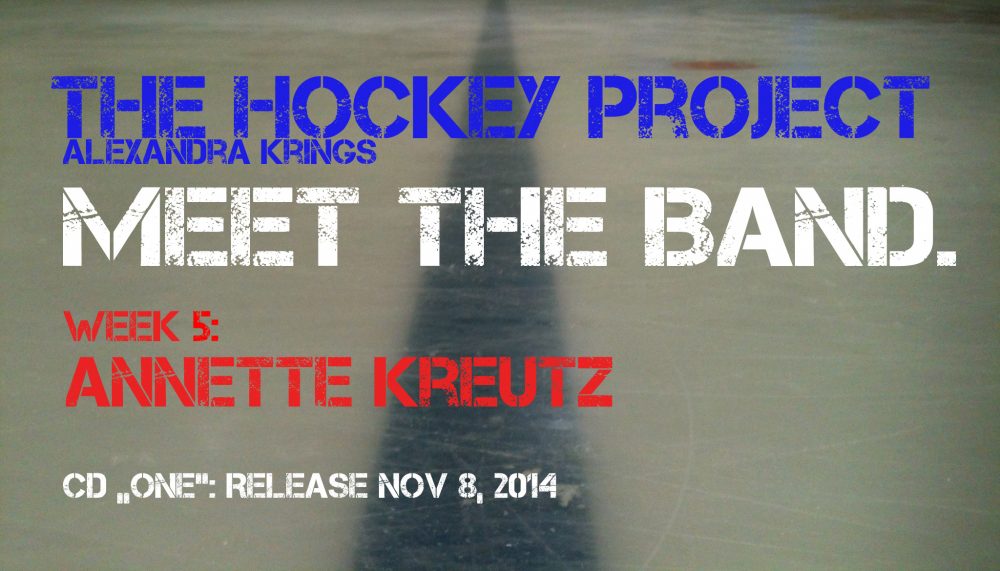 Posted at 08:00h in Making of The Hockey Project, News by Alexandra

NAME: Annette Kreutz
INSTRUMENT: voice
BANDS: no bands where I play on a regular basis – I play a lot solo or with saxophone player Carolin Hild 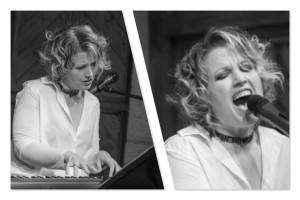 HOW DID YOU GET INVOLVED WITH THE PROJECT?
Sometimes you meet musicians at strange places – sometomes at a turkish deli, but mostly when playing. And sometimes you discover you just don’t like a persons taste in music, but also in food, especially if you like the person.
I’m quite happy I know Alex, we have a similar take on music and life. I even felt hounoured to take part when she asked me to contribute to the CD.

WHAT DID YOU ENJOY MOST ABOUT THE RECORDING OD “THE HOCKEY PROJECT” ?
I love Alex’ arrangements! And the song (Hands clean) is great, but only after she arranged it!

WHAT ONE SPECIAL ITEM DO YOU ALWAYS TAKE ON TOUR?
A coffee maker.

WHICH WAS THE FIRST AND LAST RECORD YOU BOUGHT?
The first record I bought was a sngle – The Police „Russians“, if I remember correctly; the last was „Bang Bang Boom Boom“ von Beth Hart

WHAT’S YOUT FAVOURITE SONG?
Tough question – it changes a lot – I like many songs, so I can’t pick just one…

WHICH AND WHERE WAS THE COOLEST GIG YOU EVER PLAYED?
I played many very cool shows, but my favourite show was at “Rhein in Flammen” at the “Deutsches Eck” in Koblenz, with an audience of 18.000.

IF YOU COULD PICK A MUSICIAN, WHO WOULD YOU LIKE TO PLAY WITH?
A duet with Bette Midler!